Fresh June wind was blowing through in the afternoon, and the Japanese flute concert by Yukihiro Isso was held at Taga Asahiya. We had this event after two years break. At the start of the concert, he put so many flutes (vertical, cross, Japanese, Western, long and short ones) in a row. He seems that he is always thinking about flute and continuing to explore different possibilities of sound with his flute. His performance started from traditional Noh music, Japanese folk music to Bach (Western music) using many kinds of flutes. All of his music were so powerful. According to Mr. Isso, you need to blow flute so hard in Noh music and he was doing so. Looking at his powerful performance, I felt as if I was about to run out of oxygen. I wonder how he plays such a complicated music which has many # and ♭ with a Japanese flute which is a simple instrument having only a few holes. He showed stunning finger movement and transcendental skill with several flutes at the same time.

A couple months ago, I found an old vertical bamboo flute in a drawer of an old chest in upstairs of the storage house back side of the house. When I showed it to Mr. Isso, he was surprised and excited at it saying that it is "Jinashi Nobetake" and very valuable old bamboo flute. Then he played it. It was a deep and soft sound and I felt so good to hear the old bamboo flute which must have been played by my ancestor in Edo period. I was excited to hear the sound of playing by a genius flute player, Mr. Isso. 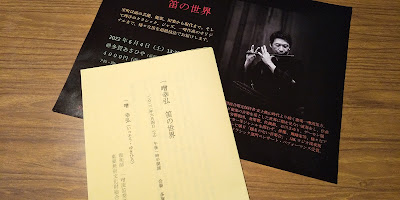 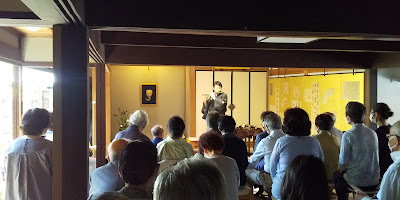 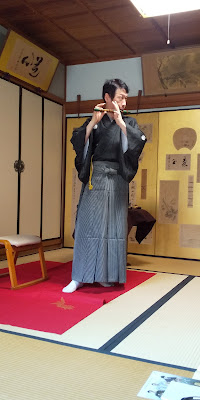 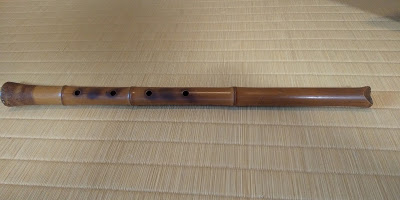 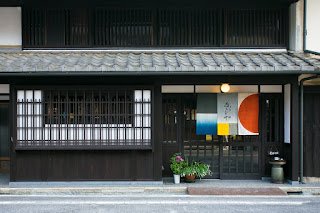 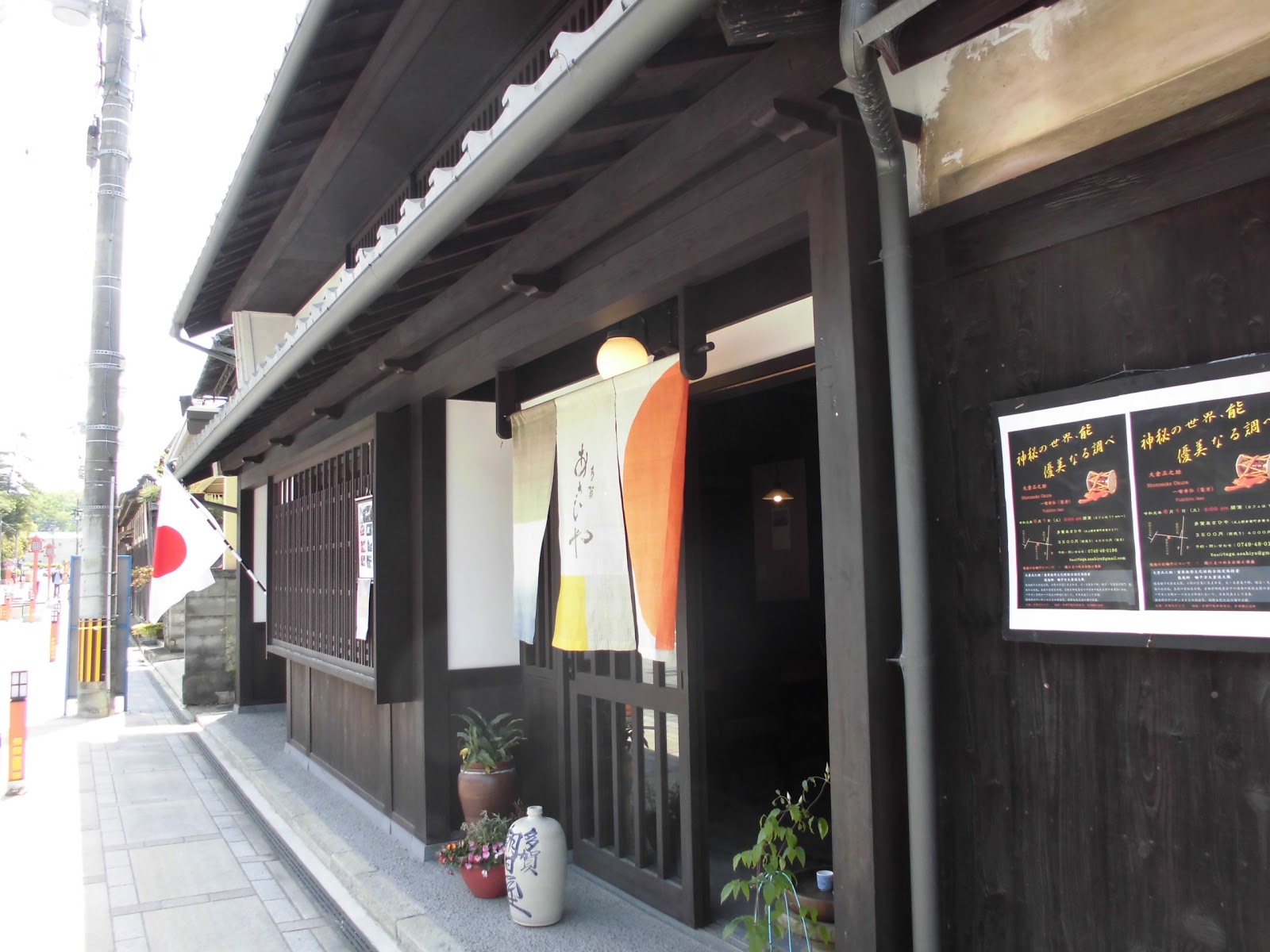 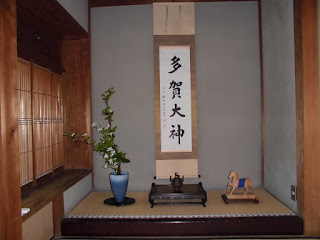